“Ask yourself this. If there were no praise or blame – who would I be?

Quentin Crisp: Naked Hope is a solo show which debuted to rave reviews at the 2014 Edinburgh Festival. It immediately transferred to a run at the off-West End St. James Theatre, and has toured the UK ever since, visiting Greenwich, Dundee, Cardiff, Belfast and Brighton amongst many others.

Naked Hope depicts the legendary Quentin Crisp at two distinct phases of his extraordinary life. Firstly in the late 1960s in his filthy Chelsea flat (“Don’t lose your nerve: after the first four years the dirt won’t get any worse”). Here Quentin surveys a lifetime of degradation and rejection. Repeatedly beaten for being flamboyantly gay as early as the 1930s, but also ostracised simply for daring to live life on his own terms.

The second part of the play transitions the audience to New York in the 1990s. Here a much older Quentin, finally embraced by society, regales the audience with his sharply-observed, hard-earned philosophy on how to have a lifestyle: “Life will be more difficult if you try to become yourself. But avoiding this difficulty renders life meaningless. So discover who you are. And be it. Like mad!”.

Naked Hope is a glorious, truthful and uplifting celebration of a genuinely unique human being, and of the urgent necessity to be yourself. Originally produced by Seabright Productions Ltd, and directed by Linda Marlowe, who also directed The Silence of Snow. 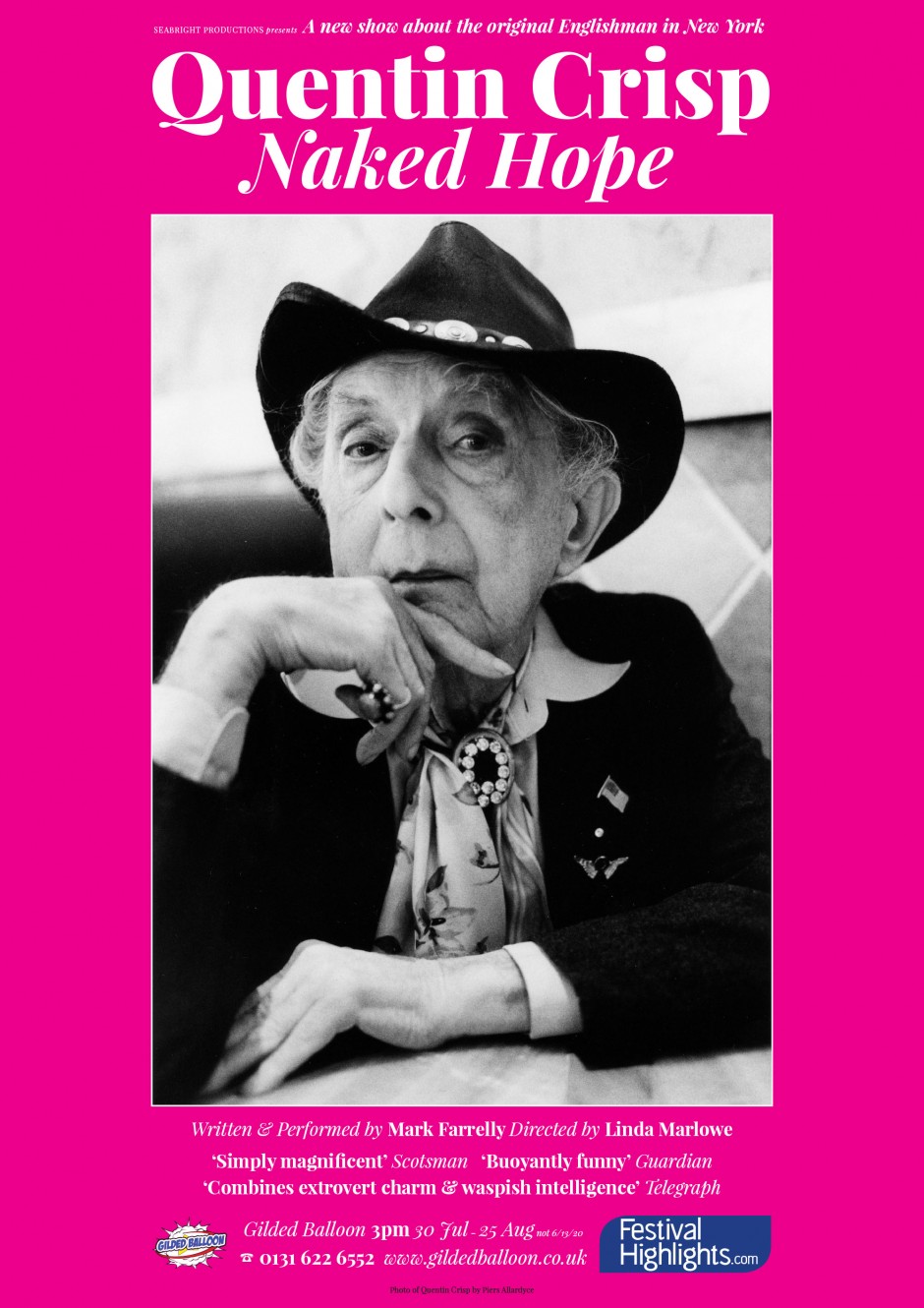